Heroes are premade characters with a complete collection of Tactical Gear, Depot Items and Premade Weapons, usually also sporting a unique visual design. All Heroes released thusfar carry their own fully customized primary and secondary [Weapons] which utilize a sixth loadout slot not accessible through normal means. Players may still use their other loadout slots (and thus [Weapons]) as normal while playing a Hero.

Heroes are notably permanent when purchased, and can also be won in a permanent form via Chance Packs. This is a compelling reason to buy a hero character or attempt to win one should a player be willing to spend Zen. For example, Grendel's set of grenades alone cost 1700 Zen to purchase permanently at time of writing, and buying the hero for 2000 Zen represents a significant saving over buying the Weapons, Attachments and Gear separately. 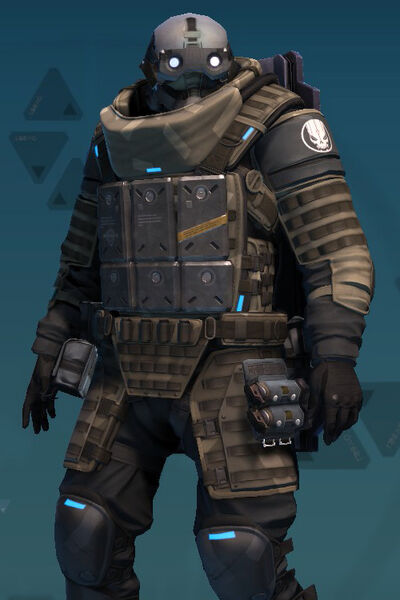 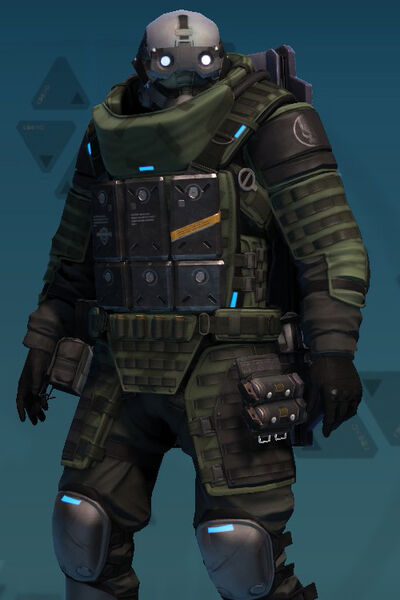 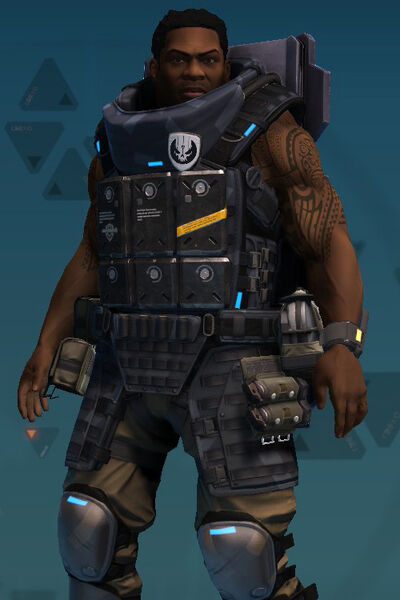 There’s a time and a place for heavy weapons. That time is always, and that place is everywhere. K. Moreau, call sign “Grendel”, is a much sought after Agent due to his expertise in all things Heavy. Sporting custom made gear, Grendel is infamous for his ability to spearhead assaults even in the face of withering return fire. Capable of shrugging off immense amounts of punishment, facing down a charging Grendel is an enemy Agents worst nightmare.

Grendel is characterized by his huge arsenal of weapons, including three lethal and one disruptive equipment item, and his dense Armor, which reaches the health cap of 250. To match Grendel in terms of Armor and Equipment load, a player would have to be close to Level 30 or use Zen to unlock items early. For this reason Grendel is a superb choice as a beginner hero as he provides excellent sustainability if slightly limited mobility, and as such is best played in a defensive role, holding points or laying down fire for faster Players.

Grendel has also achieved a number of 'firsts' in the game, being the first Hero released, the first Hero to receive a premium skin and the first character in the game to appear without a Helmet, confirming that (at least some) Agents are human in appearance. 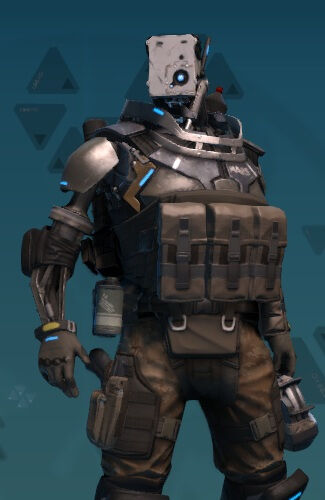 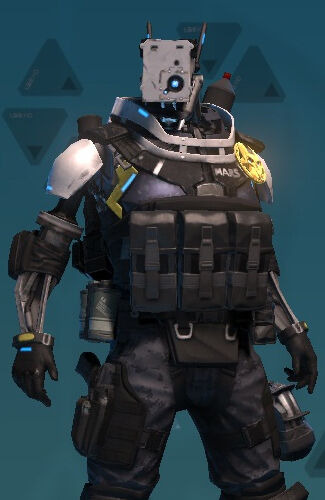 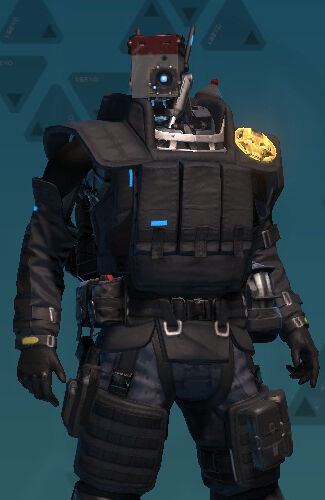 Created by Armcom with a completely unique look compared to other Agent characters, M.A.R.S is a completely kitted out Hero character built from the ground up to be 100% combat ready right out of the box. Featuring a premade Assault Rifle and Heavy Pistol, M.A.R.S can dive right into battle alongside allied Agents. M.A.R.S also comes with a special taunt - the Robot Dance!

M.A.R.S. provides good defense with accurate mid to long range weapons. One of M.A.R.S's most unique features is his extremely high armor rating, providing 25% damage reduction against incoming headshots, allowing M.A.R.S. to survive that little bit longer against other players. M.A.R.S also has average stamina and run speed but high armor, and it is impossible to match his combination of defensive and mobility stats as a non-Hero without Data Nodes. 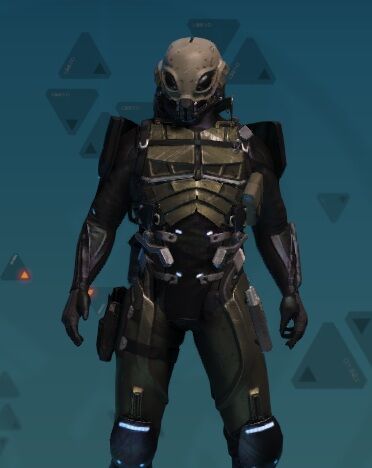 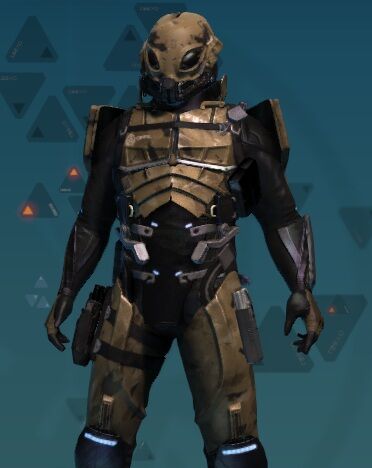 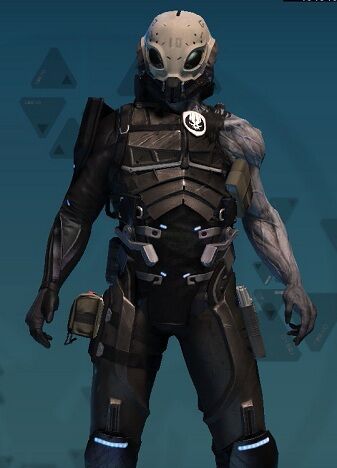 Viper specializes in close-quarter-combat and so is equipped with an SMG and a machete. Due to Viper's mask, people speculate he is inhuman. but no Blacklight Agent has seen Viper without armor. Viper has multiple armor camos to help him remain camouflaged when not using his cloaking device. During battle, viper had been wounded, blowing the left arm of his armor off, revealing Vansaints' infection.

Viper is thus far the fastest and most agile hero released, sporting a variety of close range equipment that awards an aggressive, high mobility play style. This mobility comes at a price however as Viper's health makes him an easy target for players wielding a Bolt Action Rifle. Viper also has the distinction of being the first Hero to be released with a melee weapon as standard. 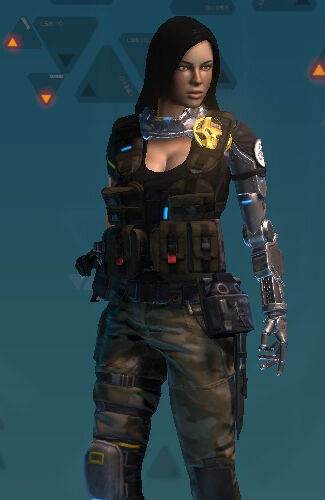 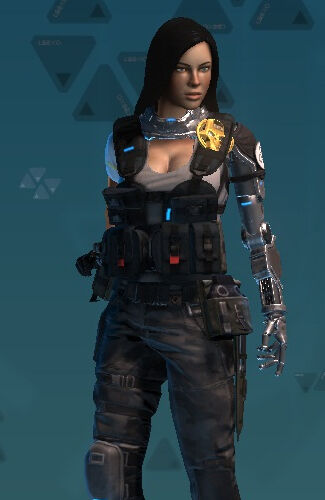 Duchess is a specialized sniper for all combat situations. Equipped with a bolt action rifle and an incendiary revolver, She can take down foes of any size. Duchess has sacrificed her left arm for a robotic arm. This robotic arm allows Duchess to maintain a perfect aim for extended periods of time, minimizing all moments for precision accuracy at any range. The metallic neck guard around her neck allows her internal HUD and HRV unit to recharge at a phenomenal rate, allowing her to stay mobile and kept aware of enemy positions.

Duchess is a high-mobility, high-damage character with a long run time which allows her to cross even large maps very quickly. She is balanced by extremely low health, no armor and an average stamina recharge time. Sporting a custom Bolt Action Rifle and Revolver, Duchess carries two of the most damaging single-shot receivers in the game, allowing her to outmaneuver bulkier characters and finish them off quickly, either close up or at long range. Duchess carries the distinction of being the first female Hero to be released, and the much more dubious honor of being the first to have zero armor value, meaning a headshot from any weapon will provide it's full double damage bonus. 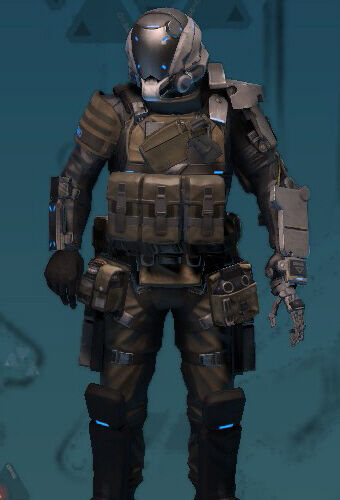 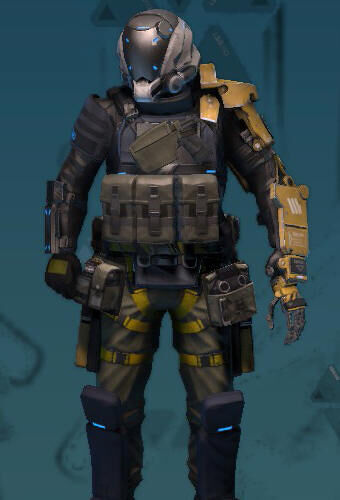 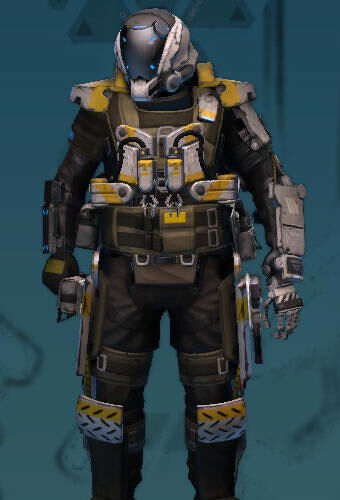 You fire enough bullets into something, and it tends to stop working. Luckily, there are elite engineers out there that excel in putting the pieces back together. Deacon just so happens to be among them. As an expert mechanical engineer, Deacon lives and breathes hardware. With a custom-tooled robotic manipulator strapped to his left arm, Deacon can work with precision on even the most hazardous of jobs.

Sporting an exo-skeletal robotic left arm, Deacon has a completely unique look compared to any other Agent in the game. Deacon also sports well rounded stats, with above average HP. Coming equipped with the Repair Gun tactical gear, Deacon is perfectly suited for the Siege game mode. 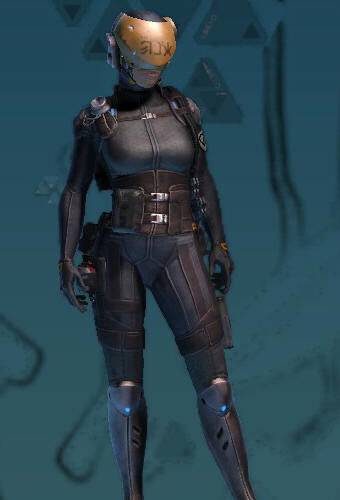 S. Karalis – codename “Lilith” – is an expert hardsuit pilot, but she’s equally comfortable without her armor. Her default gear loadout is the Hardsuit Battle Mode and three support grenades. Her default depot selection is heavier hitting, with options including a Brimstone airstrike, the Stinger, and a hardsuit (naturally).

Lilith can be purchased for 2000 Zen, and is also available as part of the Evacuation Pack. 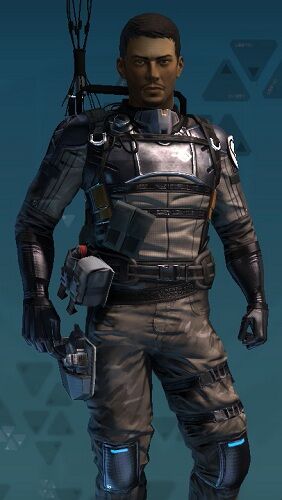 Hack control nodes faster with Chronos, equipped with an autoturret and an HRV decoy – perfect for setting traps or standing guard while you hack.

Chronos can be purchased for 2000 Zen. 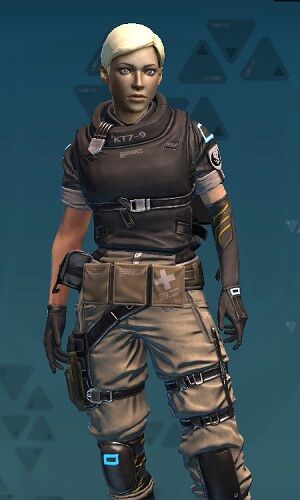 A medic hero. Moves quickly and has slightly increased health, but lacks armor. Uses healing items and a burstfire rifle.

A sniper hero. Ghost has good stamina and HRV duration.

An EMT hero. Has increased health and armor at the cost of movement speed. Uses a heal injector and a shotgun.

Artemis is a Hardsuit specialist hero, and wears her pilot’s suit into battle.

Unreleased Heroes are those to which reference has been found in the game's files, or which have been previewed.

Although not stated directly either by the developers or within the game it has been speculated that each Hero released is aligned with an in-game Corporation. Examples include Grendel, who bears an Overmatch logo on his ablative armor, Viper, who has an alternate skin with the OPRL logo and M.A.R.S., who has been created by ARMCOM.

Community content is available under CC BY-NC-SA 3.0 unless otherwise noted.